A case for stairs

That is what everybody knows about staircases. A staircase is more than that….a staircase is the element in floor plans that dictates the surrounding spaces and their flow, habitants’ habits and lifestyle. It is a very important architectural feature, that represents the only vertical continuation of a horizontal space.

One of my favorite Architects, Frank Lloyd Wright, used to hide stairs from the rest of the space. He believed that stairs were as private as the floor that they would connect you to (i.e. second floor where bedrooms were), however that is also because people in the 1920's were a lot more private about their spaces. Lifestyles have changed quite drastically since, and despite my respect for Wright, I personally believe that stairs can be beautiful and need to be exposed and shared with your guests, just like kitchen counters are today.
Some people feel that stairs are wasted space. If they were we would all use elevators, ladders and fireman poles! If you think a staircase should be hidden, that is your choice for your lifestyle, but I would suggest that you think of stairs as a creative opportunity to do something really beautiful in your home.

Posted by Unknown at 9:01 AM No comments: 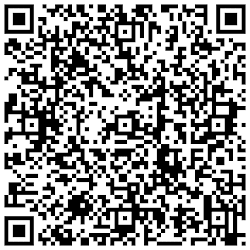